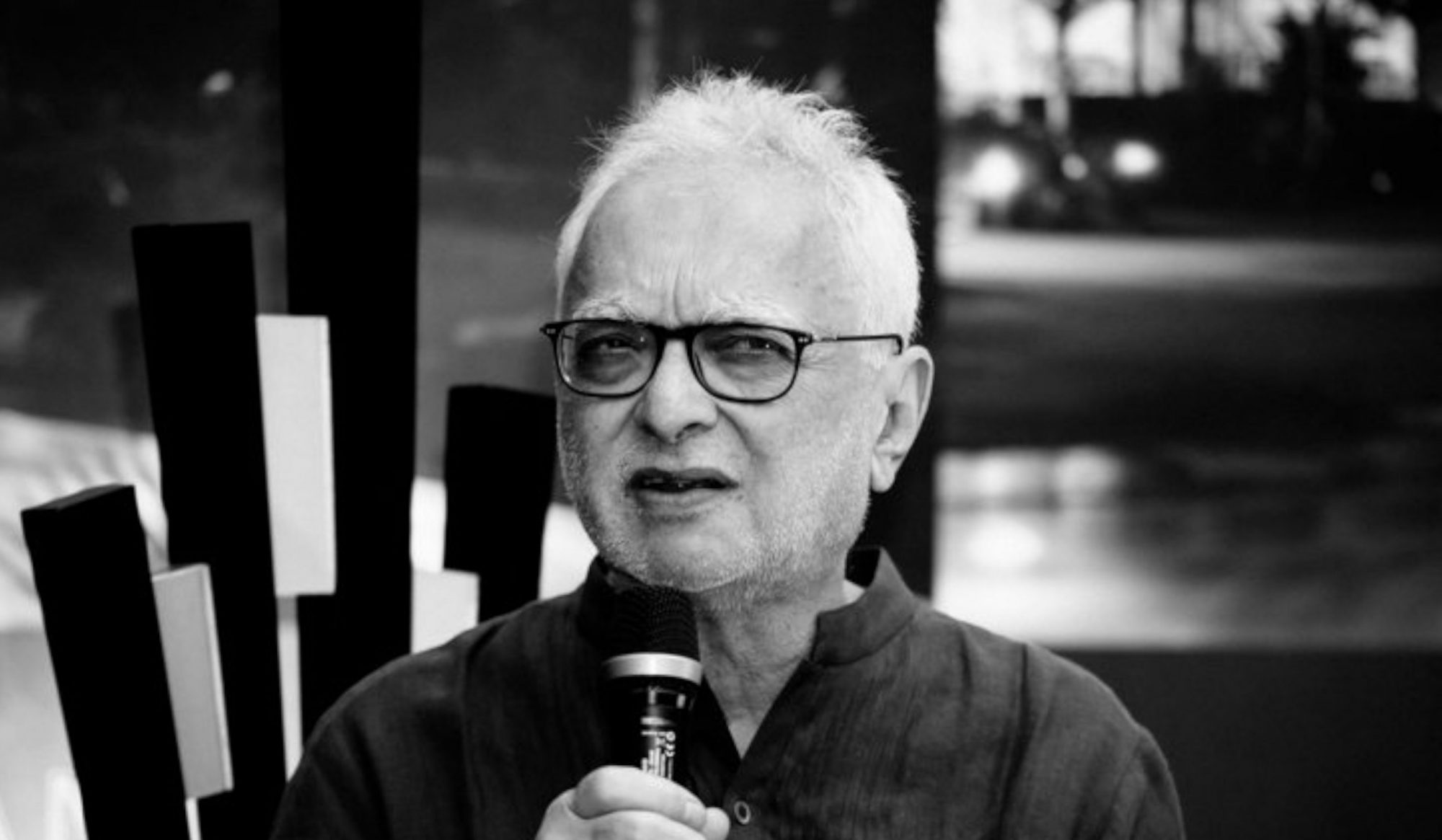 
An iconic writer, author and political activist. A friend to literary figures that have influenced civil rights movements and world leaders. An integral spoke in a wheel of influence – Farrukh Dhondy.

Farrukh’s career achievements are self-evident. A diverse body of work that spans decades to a rich set of acquaintances that he holds so dear.

After graduating in Natural Sciences at Cambridge he was presented with a moral dilemma. A default career path would have directed him towards India’s atomic weapons programme. However, this wasn’t aligned with his developing political inclinations and ideologies.

Farrukh course-corrected and found direction in writing. This change in career trajectory came at an inflexion point in the history of the UK civil rights movement. Farrukh was well-positioned, well-educated and ready to nurture a craft that could help balance the scales of social injustice.

Farrukh reported on the trial of The Mangrove 9. This watershed moment in the UK civil rights movement thrust institutional police racism into the limelight. Farrukh alongside the Mangrove 9 defendants went on to form the UK Black Panther movement.

Farrukh is often engaged in consultation for major TV and film productions. Guerrilla – by John Ridley – and the recently aired BBC series Small Axe – by Steve McQueen. Both have Farrukh’s fingerprints all over them. Stories, historical insight and characters that are integral to these productions were sourced from Farrukh’s own experience as a founder member of the panthers.

“Darcus was full of insight into a situation. He could gauge an audience and address their concerns without resorting to what he read or cliché. He could address an audience exactly how they wanted to be addressed. It was a great gift. Some of it was rabble-rousing, but with a tight harness.”

Farrukh’s activism and writing would eventually diverge into the realm of theatre and TV. The Black Theatre Co-Operative was a gateway into creative roles as editor and writer for Channel 4, the BBC and numerous independent productions. Whilst at the same time crafting an immense body of literary works.

This conversation navigates Farrukh’s career via a collection of stories based around friendship. He shares intimate conversations about – his house guest – CLR James and his encounter with Trotsky. Memories of his friendship with Darcus Howe. And the influence of Althea Jones and Mala Sen – his first wife and author of the book that became the Bandit Queen.

We also explore how a turbulent set of encounters with the Nobel Laureate V. S. Naipul turned into a lifelong, close personal friendship. And how he was the only reporter in the room when The Beatles met the Maharishi in 1967. Oh Farrukh also hangs around with Pink Floyd at some point during the conversation too.

Newspaper Clipping From The Mangrove 9 Trial 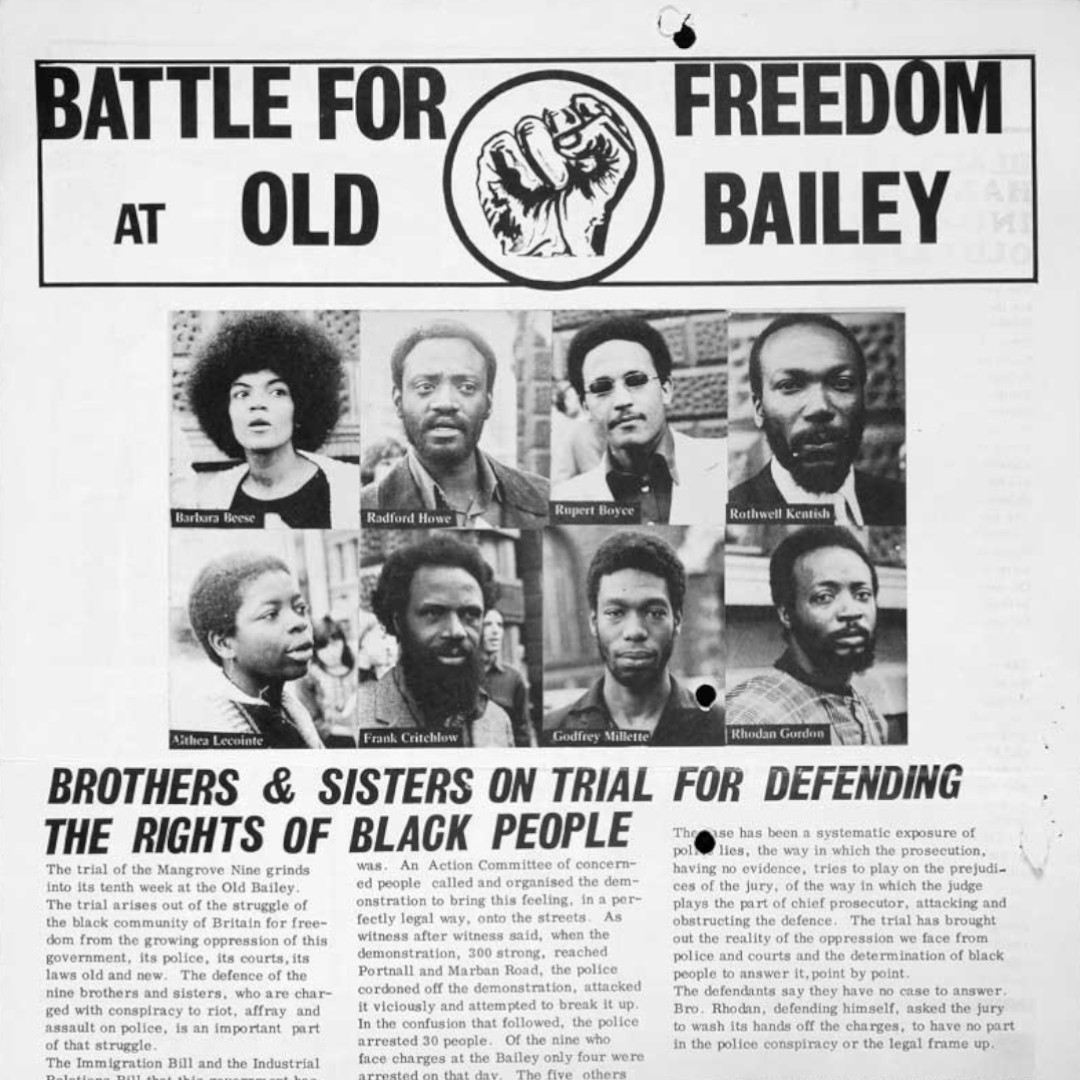 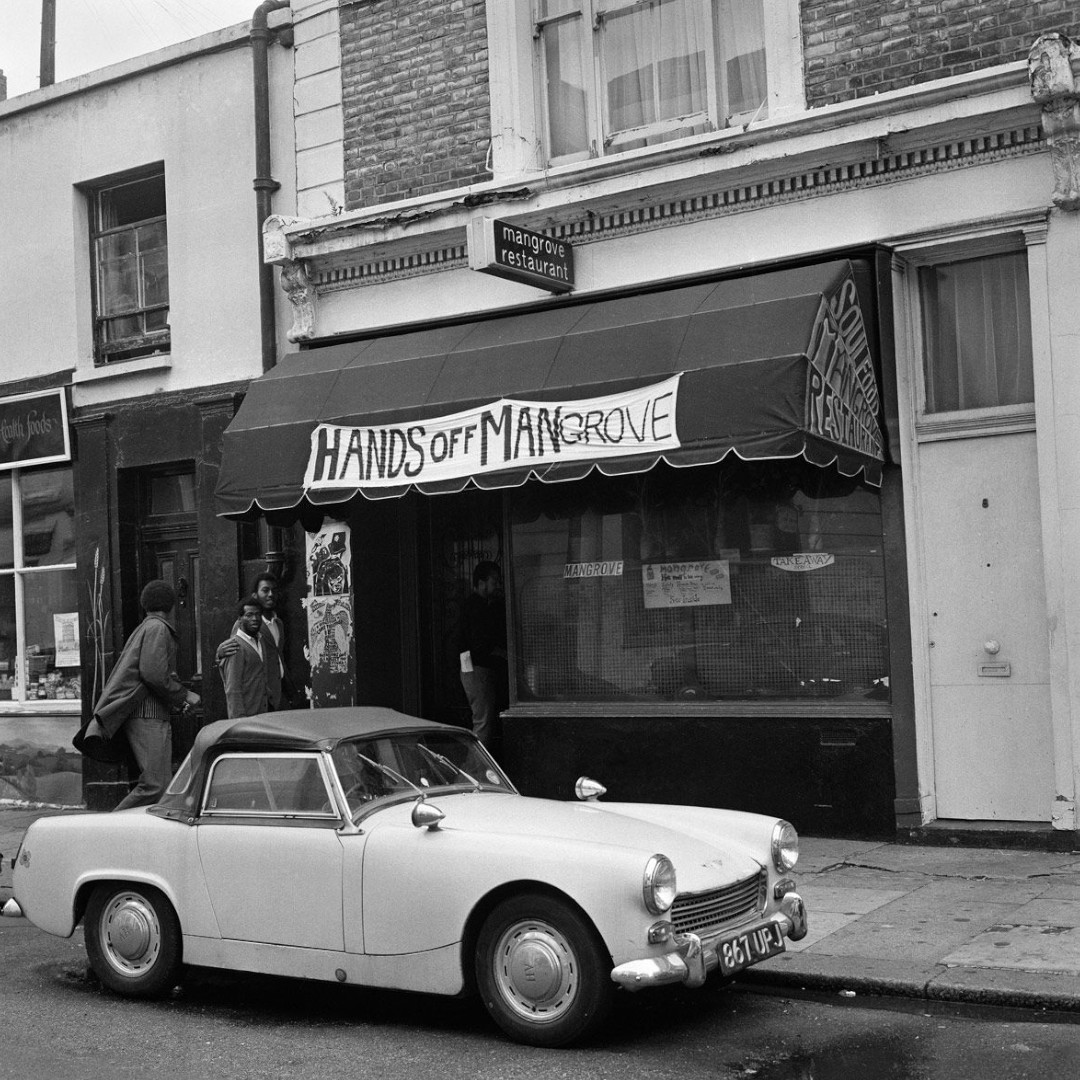 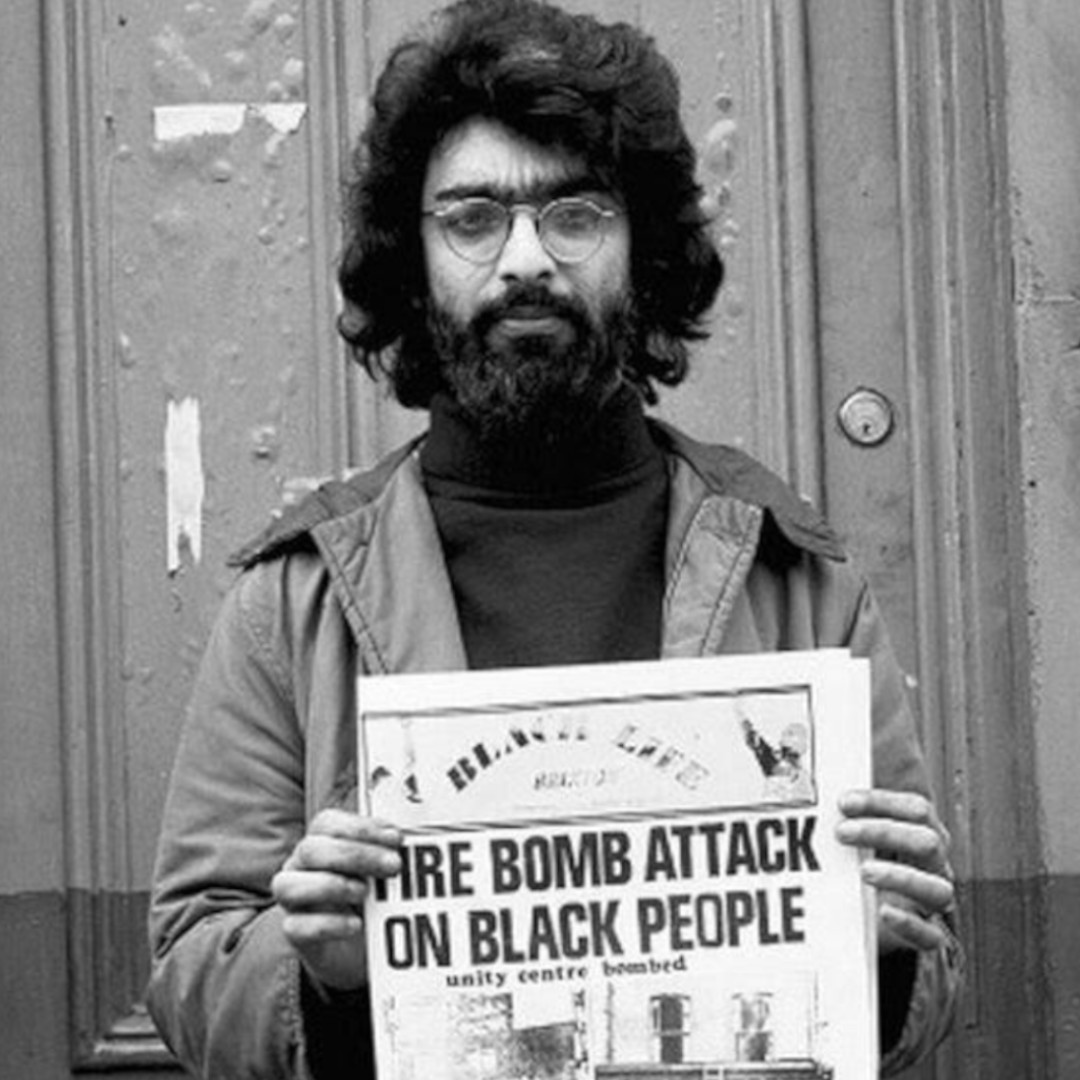 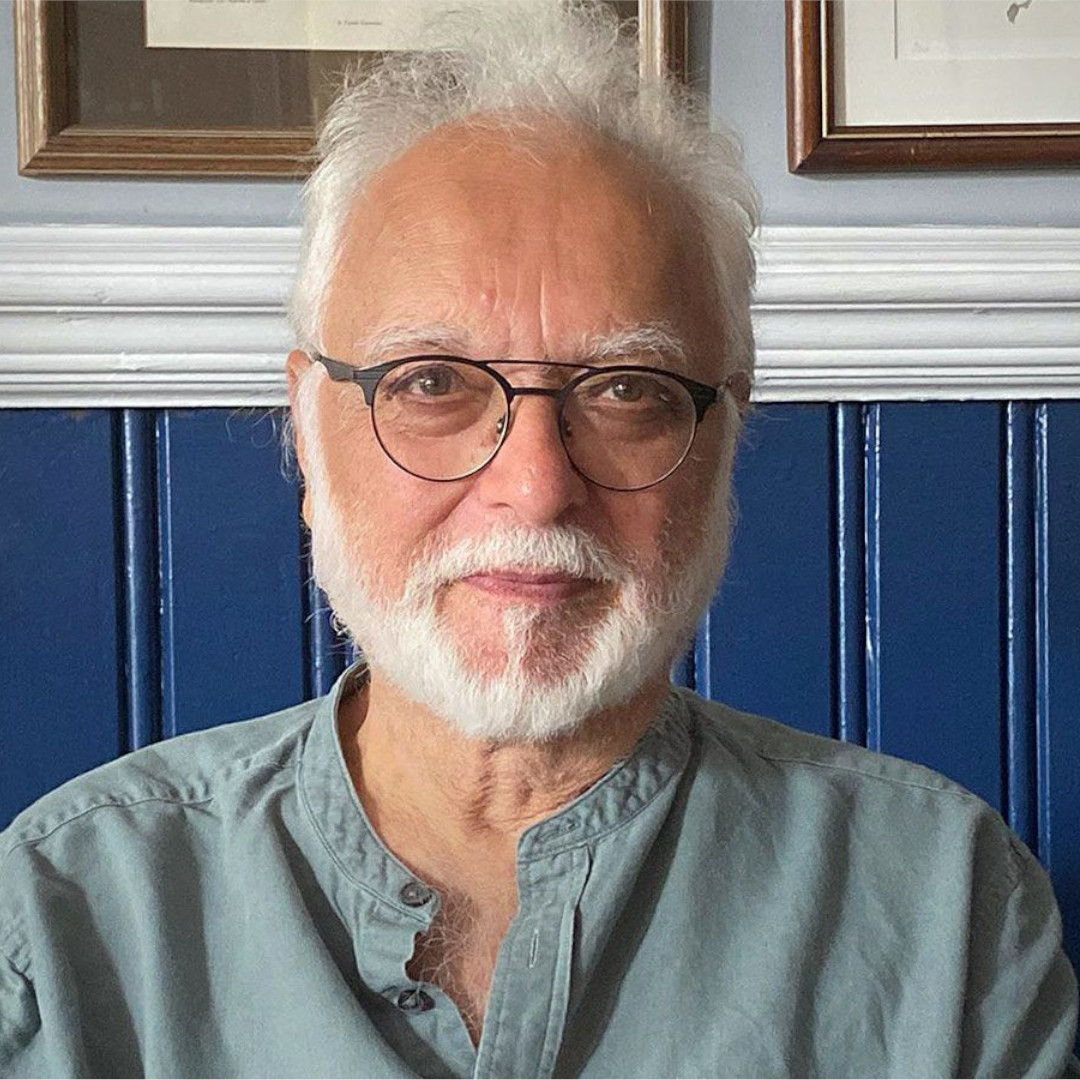 The Day The Beatles Met The Maharishi 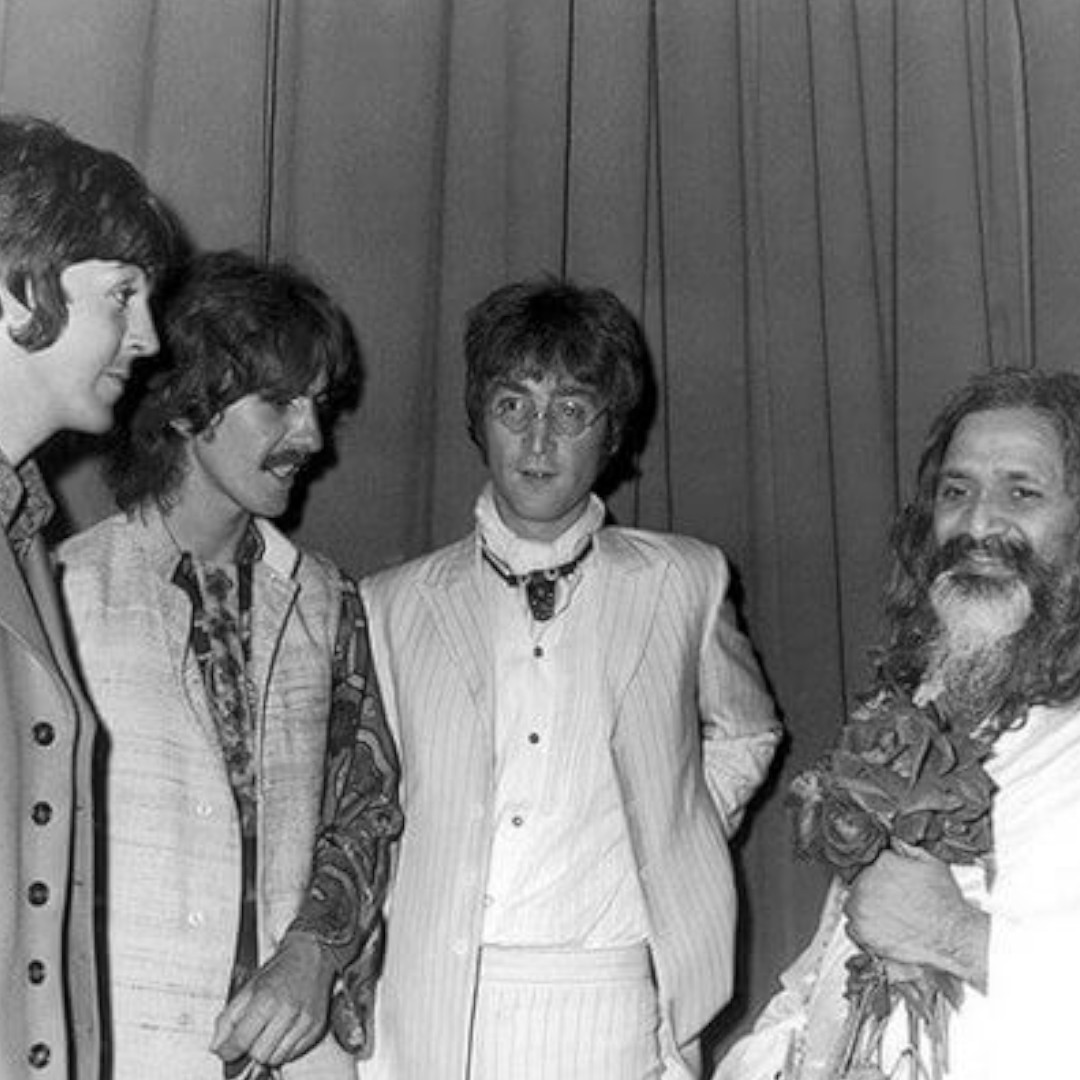 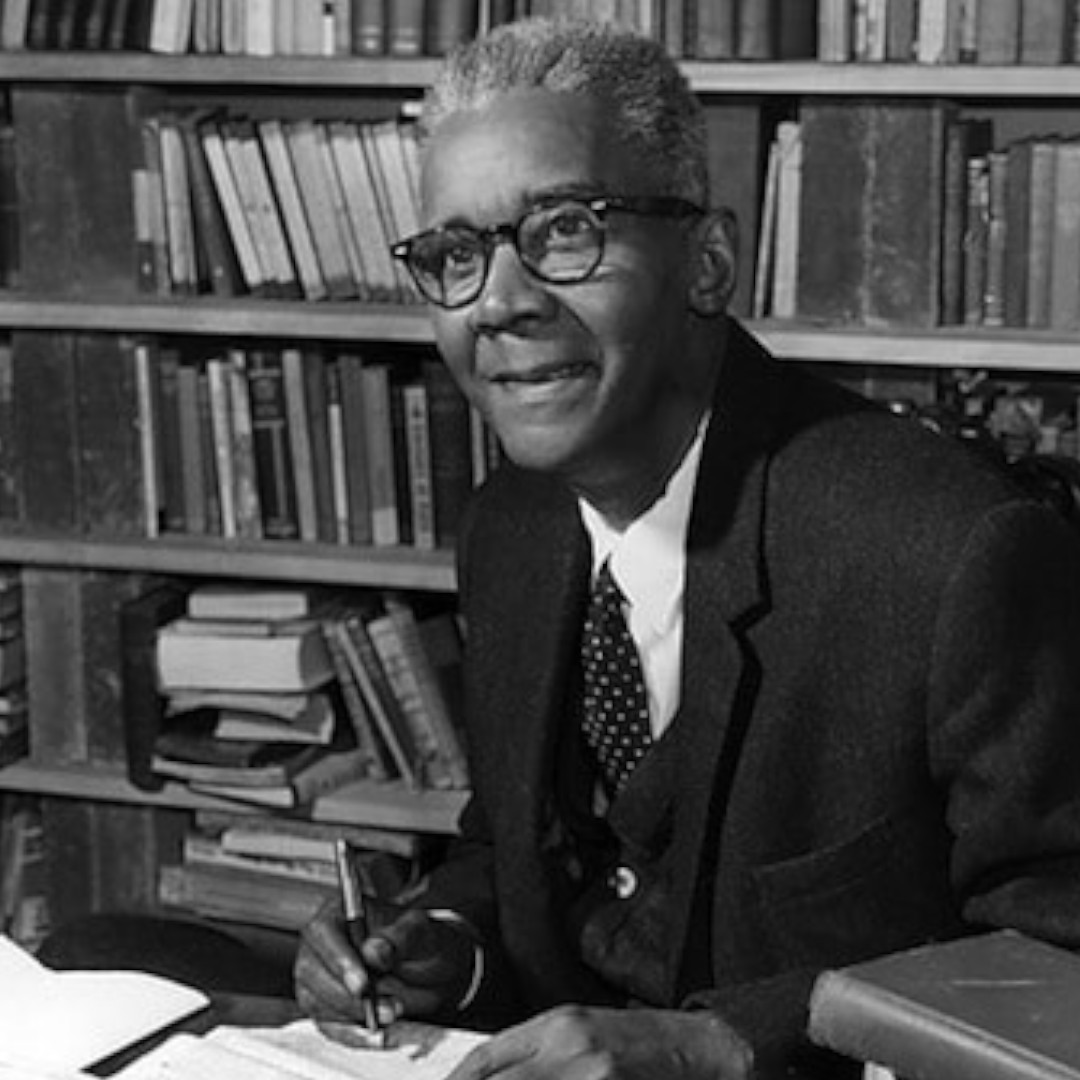 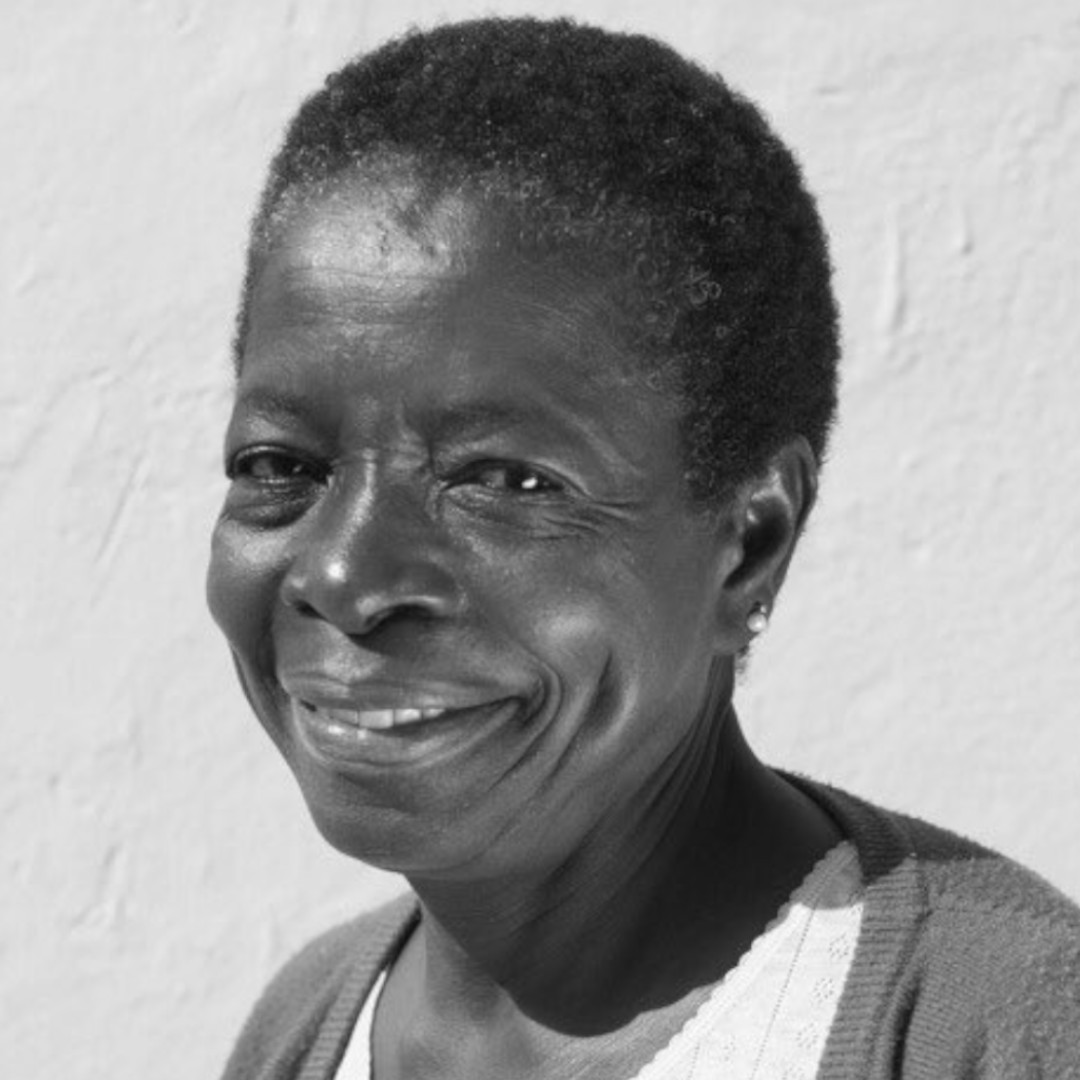 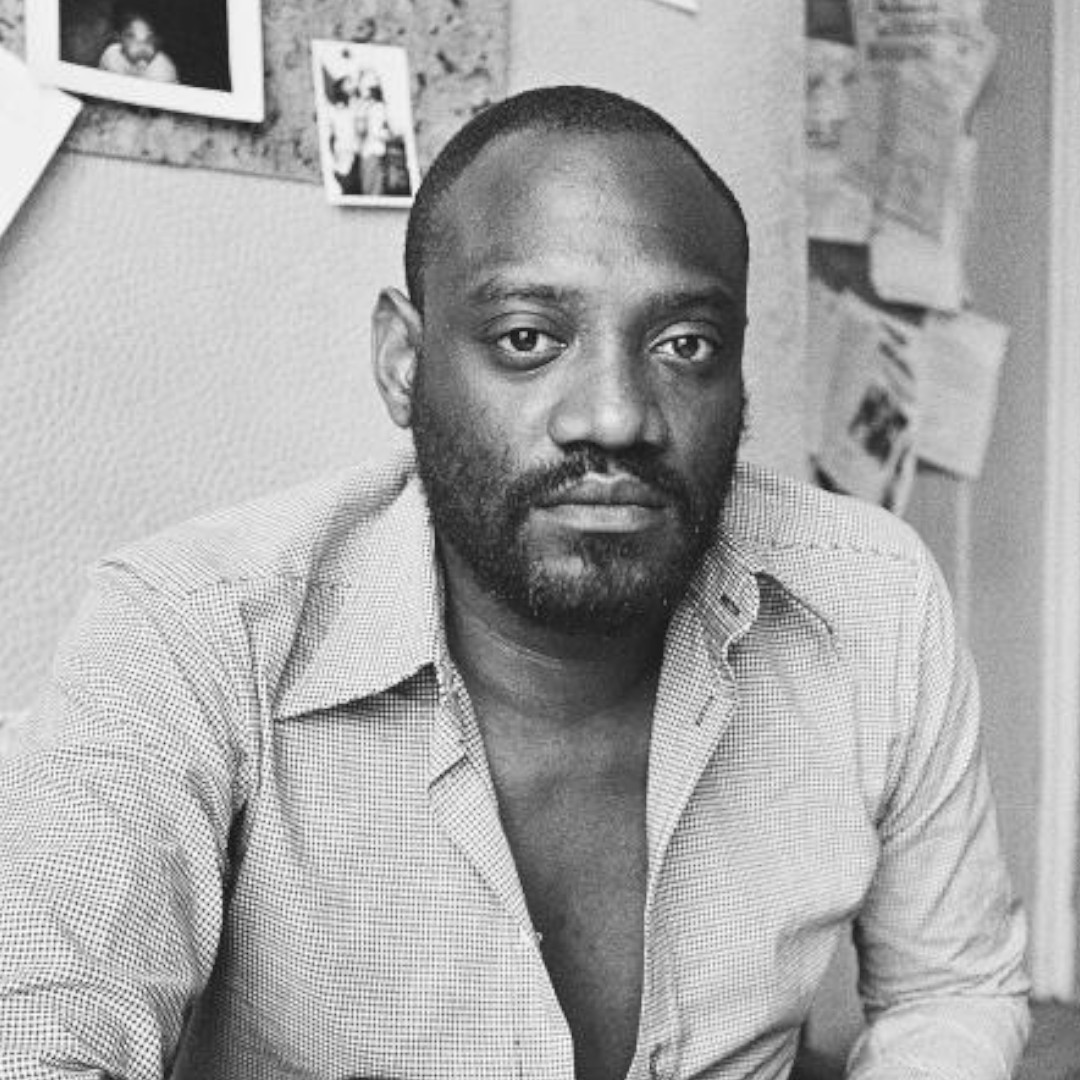 A Murial Dedicated to Mala Sen 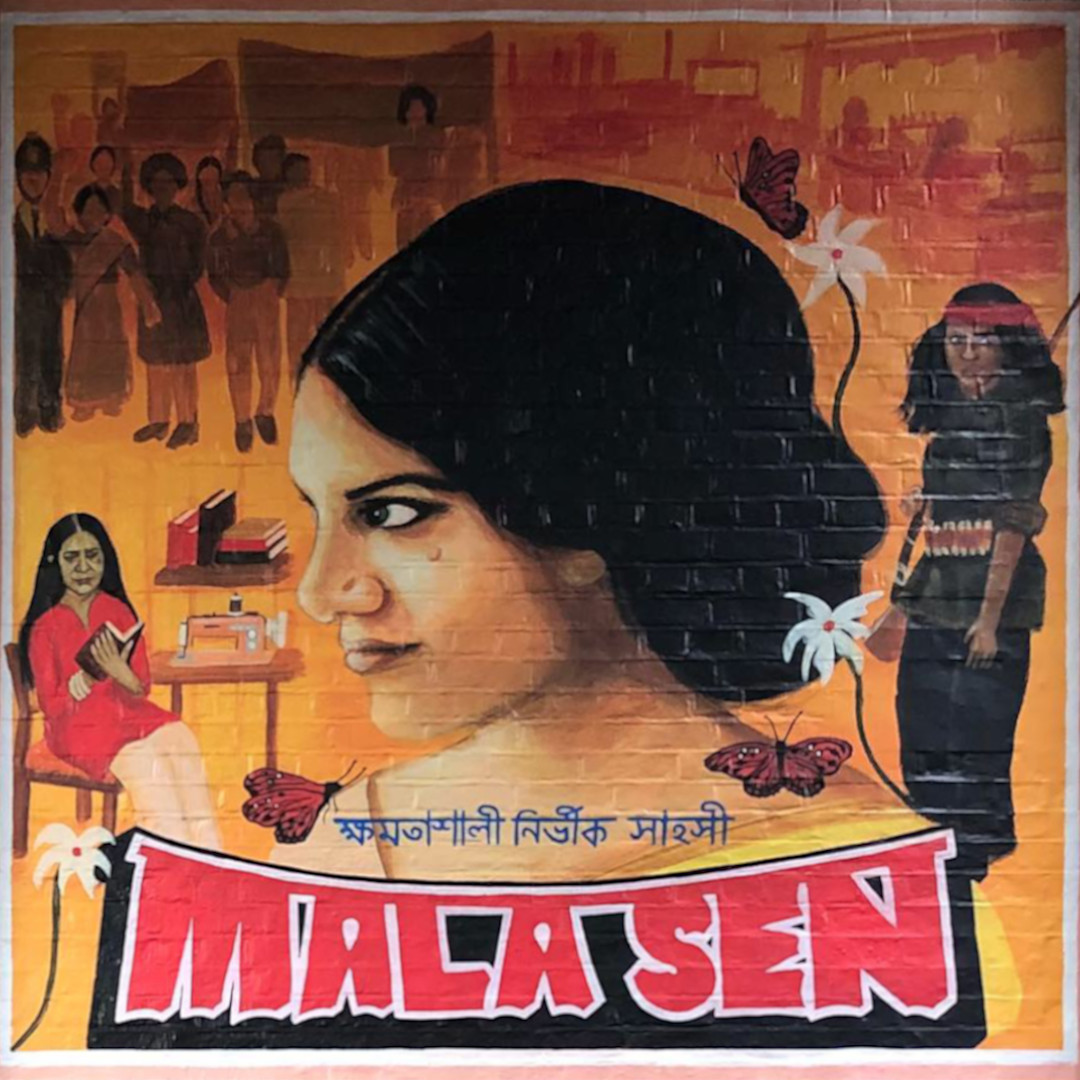 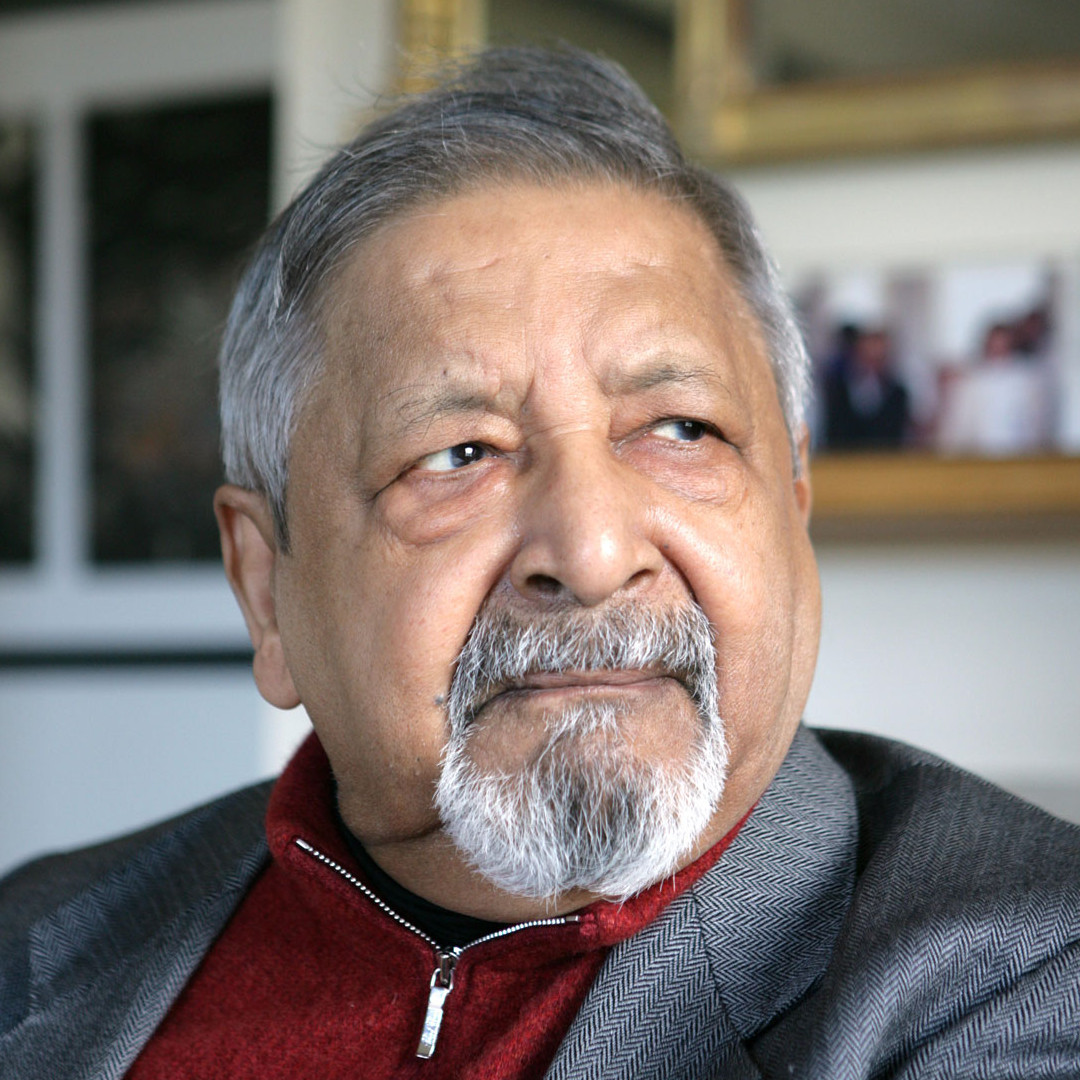 An iconic image of Barbara Beese holding a severed pigs head at a rally. 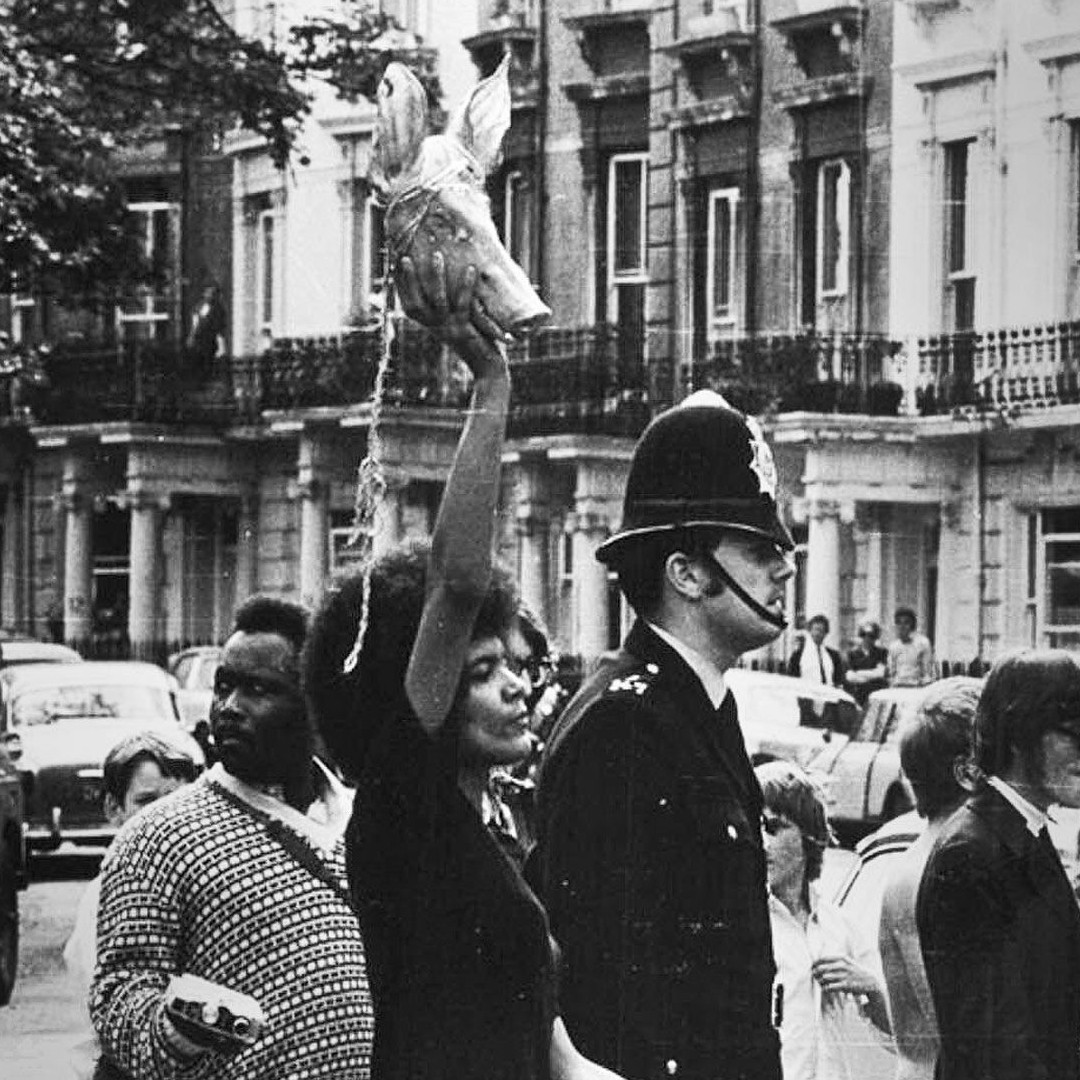 For me, this a personal interest story. In 1952, my grandfather emigrated to the UK from Punjab, India. I never paid attention to his stories about fermenting racism. And the labour movement that was pivotal in shaping immigrant rights. I didn’t have the insight or inclination to ask questions. Now, I wish I had.

New years eve of 2020 – when this dialogue took place – was my opportunity, to start to appreciate the political atmosphere. To understand the actors who were the architects that shaped my life of privilege. For which I now appreciate the debt of gratitude I hold towards the activists and socialists that rose against systematic oppression.

This is a conversation about social justice, friendship, nurturing relationships and being present in the moment. Upon reflection, I later realised that Farrukh doesn’t care much for legacy. We are often consumed in strategising to create a legacy as opposed to being present in what we do. But Farrukh reminds us that we simply get on with life. Embrace moments and be present in those moments. Support those around us and give our time and attention to others.

I was in complete adoration of Farrukh’s achievement. A man of incredible accomplishment. Farrukh made me reflect on my own relationships and the purposefulness of my own body of work.

I do this to improve myself. To learn, to widen my lens and hope somewhere a message or conversation has some sort of social or personal impact. To me, that is Farrukh Dhondy. Truly an honour and privilege to have spent time with a legend. A moment in my life that I will truly treasure and a newfound friendship that I hope to nurture.

A special thanks to Naina Redhu for contributing to the artwork for this episode. A hyper-talented photographer and artist out of Gurgaon – India. Link to Naina’s various social media profiles in the links below.

“I was a peacemaker, a communist and whatnot, so I told them I don’t want to help make Indira’s Atomic bomb.“ – Farrukh

“Scientific exploration is the way forward for humanity.” – Farrukh

“The kind of poverty I grew up around, convinced me that there was a connection between irrationality, superstition, even religion and that degradation of humanity” – Farrukh

“The poverty was crushing, you saw people starving in the street.” – Farrukh

“I don’t like that Dhondy fellow, he doesn’t believe in anything.” – Farrukh on V. S. Naipul’s first impression of him.

“CLR James used to say that America is a country closest to communism. Which is a very strange thing to say. But the democratic qualities of America will eventually lead to some form of equality.” – Farrukh

“I learnt more about India’s economic policy by looking at an auto-rickshaw. More than anything I could read in a book.” – Farrukh quoting Darcus’s observation on the economic governmental monopolies of India.